On December 2016 Google released first Developer Preview of Android Things, their IoT platform, based on the Android operating system. I’m not going to elaborate here on details, you can find all you need on the official website but there are 3 interesting points to make about the fairly new OS:

How to get started with Android Things?

First, I recommend watching this presentation from Google I/O 2017 with the current overview of the platform:

Second, you need to buy some hardware. But if you don’t have experience with electronics I don’t recommend starting straight from Android Things capable device. I recommend starting with inexpensive Arduino starter kit. There are two reasons why: 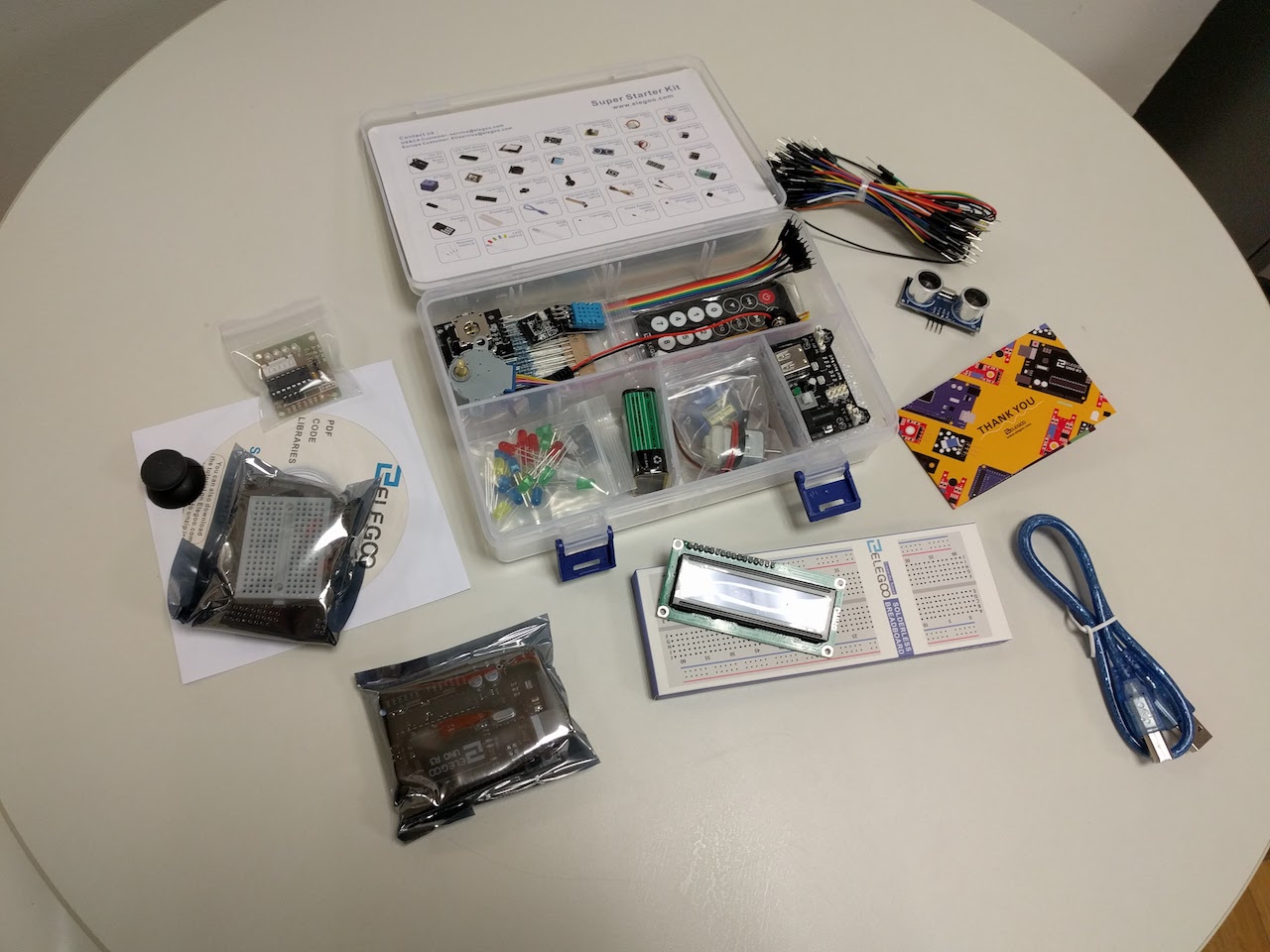 I recommend cheap Arduino UNO R3 clone starter kit. I bought a starter kit from Kuman for around ~30USD from Amazon, and the quality of the Arduino board was quite nice. In my opinion, the UNO R3 version is best for learning purposes (there are dozens more Arduino boards) cause this one is the “standard”, easy to learn (pins are clearly marked so it is super easy to wire it up) and most of the tutorials use this board. When choosing your Arduino kit, make sure it has some female to male jumper wires included since the Raspberry Pi 3 uses male GPIO ports. Arduino uses custom IDE and the language you program in is based on C and C++. The IDE is very mature and a pleasure to develop in. After getting your starter kit, I would recommend going through this tutorial series by Jeremy Blum. It goes through all the basics of electronics engineering, almost all the knowledge you acquire will be directly transferred to Android Things development. 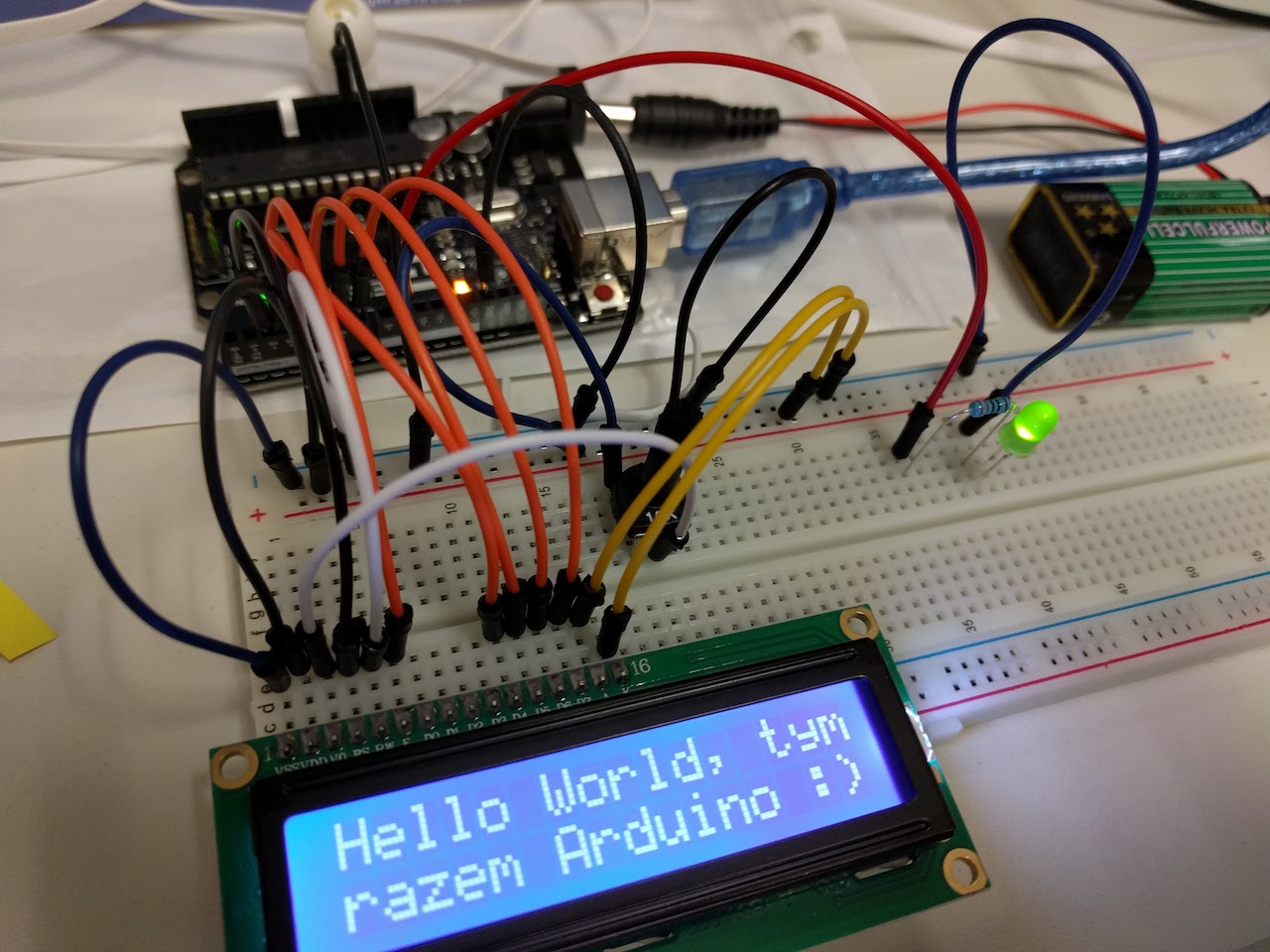 Arduino wired up with the LCD screen

After playing a bit with Arduino and going through the basics you can switch to Android Things. For the first development board, I would recommend Raspberry Pi 3 Model B. It is very popular device, you can get it in any country for about 30-40USD. On a recent Android Developers Backstage podcast, Android Things guys mentioned that this device is by far the most popular now in the community, which makes troubleshooting a lot easier. All the flashing and development instructions are available on the official website. As always, Stack Overflow is very helpful, especially now, during the preview phase were the official docs aren’t mature yet. 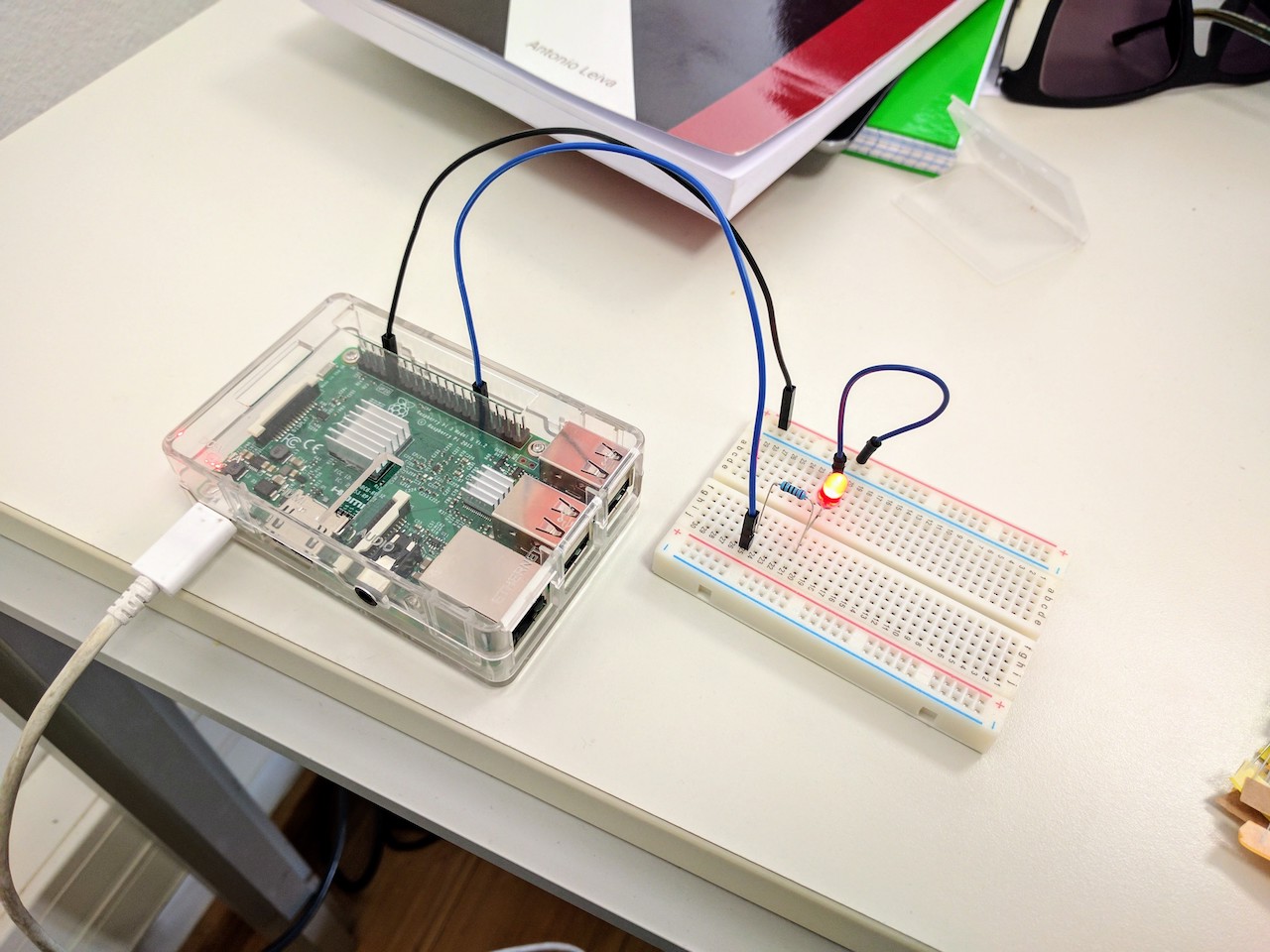 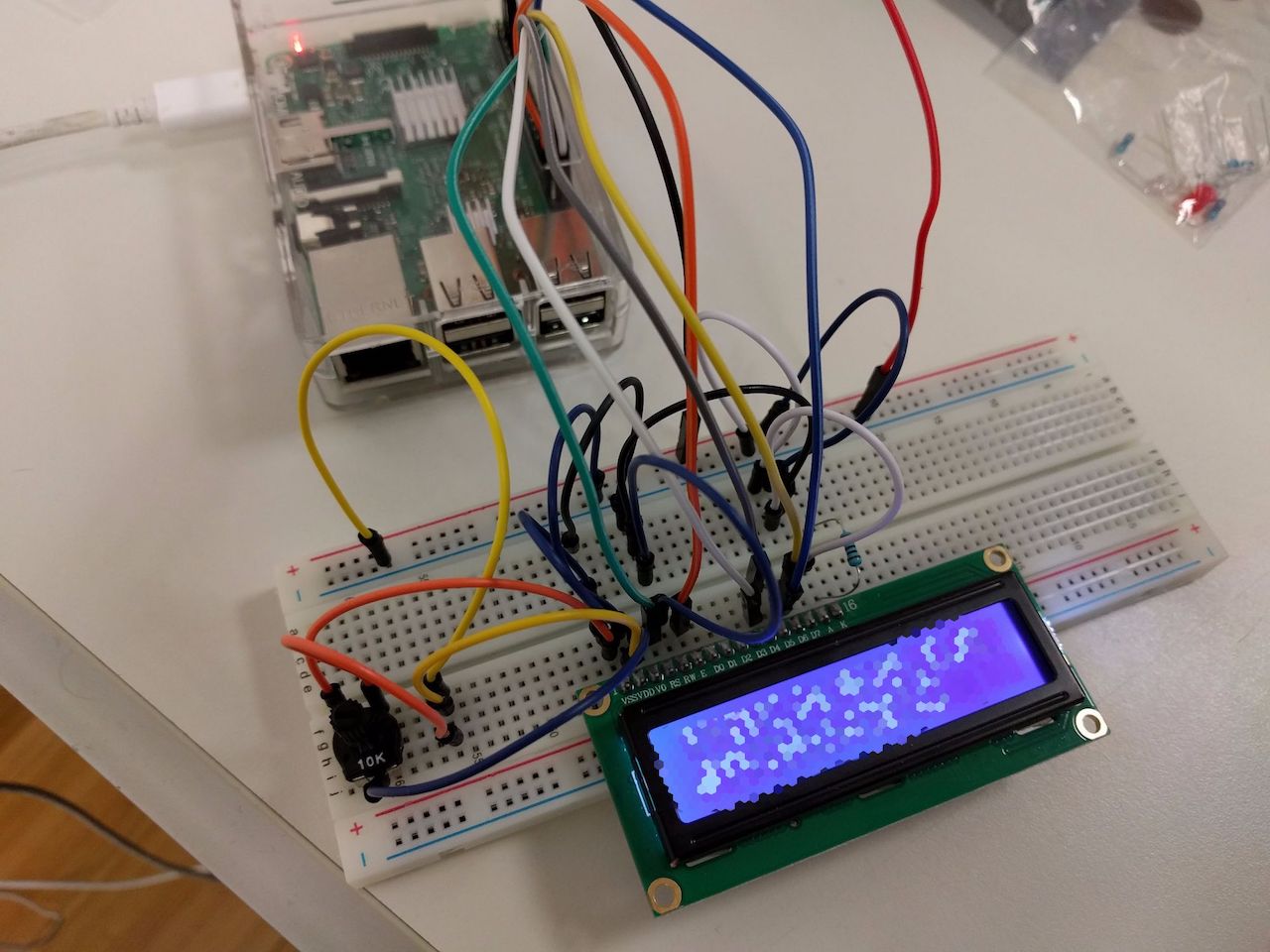 In my Java developer’s career, NullPointerException is the single most common runtime error I encounter. And according to this research, I’m not an exception (pun intended!). Even the inventor of null reference, computer science pioneer Tony Hoare called it The Billion Dollar Mistake.

Fortunately, Kotlin introduces the concept of null safety. If you are using pure Kotlin (without mixing it with Java code) you encounter two types of references:

The non-null string’s type is written as 'String'

The nullable string’s type is written as 'String?', with question mark suffix

This way we’re sure that the non-null reference will never throw dreaded NullPointerException. But what happens if we try to call some function on the nullable reference? It won’t happen because it will not compile. The compiler doesn’t care if the reference is null or not:

We can’t call functions on nullable references without explicitly handling the nullability. There are 3 basic ways to do that:

This is the exact same way as every Java coder did thousands of times. Compiler knows all the uses of our nullableReference inside the if block are safe, cause we checked it’s not null before the calls are being made.

The Kotlin safe calls are being made using the special operator '?.' - in our case, the expression println(nullableReference?.length) will not crash at runtime but instead return null. If the nullableReference wasn’t null it would return the string’s length as 'Int?' (which itself is a nullable integer).

While using a double exclamation mark (a.k.a “double bang”) we are stating that we’re 100% sure our nullableReference is not null. This is the same behaviour as classic Java call without doing null-check. In our case, the app will crash and the NullPointerException will be thrown! This notation was made ugly on purpose, it is basically an indicator of code smell and should be used only when you want your app crash at runtime whenever there’s null reference. In most cases you should either:

But what if we are mixing Kotlin with Java?

Fortunately, when our Java code is properly annotated it will behave exactly the same as Kotlin code. Kotlin compiler recognizes many popular annotation frameworks, including Android annotations framework. If developer properly annotates the code with '@NotNull' and '@Nullable' annotations, the compiler will see those references as if they were Kotlin types. Fortunately for us mobile developers, Android framework and many popular libraries are already annotated properly.

If for whatever reason the Java code you are using wasn’t annotated, Kotlin introduces the concept of platform types. This means that whenever you are using such code, it will be treated the same as in Java. This was done for convenience (so the code wouldn’t be filled with question marks and double-bangs). The platform type string is marked as 'String!'.

10 reasons why Kotlin will be big

In this post, I’m going to list 10 reasons why in my opinion Kotlin will become a popular programming language. Keep in mind those are my personal views.

To sum it all up, there are computer languages which have some of those advantages, but so far there was no single language which combined them all. The rapid and wide Kotlin adoption only proves my thesis - Kotlin WILL be big!

Hi! This is first test post on this blog!

This is just a sample of some Kotlin code snippet.